There are several emerging models for revitalizing public interest journalism. With the decline of the traditional advertising revenue model, independent news sites are increasingly turning to subscriptions and philanthropy. We argue, however, that there is a precedent, need, and ability to build a robust public funding model to support public interest journalism in the Digital Age.

At the dawn of broadcasting, Western democracies created public broadcasting services, including the BBC in the United Kingdom and NPR in the United States, to provide news and scientific information in addition to other cultural programming. These services were publicly-funded and provided with a means of distribution. This type of model can be adapted to ensure that news and information needed for democracy are available in the new media environment. This approach would not simply seek to turn back the clock or fund the incumbent institutions that dominated in the pre-social-media era, nor would it create a new public news service, like the BBC. Instead, we propose creating a fund for public interest media. Funding could come from a fee levied on the significant advertising revenue that digital platforms earn.55 In this way, digital platforms would be sharing revenue earned on near monopolies that undermine journalism’s previous business model. This proposal, in essence, would be a “sin tax” on engagement-derived revenue that poses harm to the information ecosystem, with the revenue repurposed towards public interest journalism.

Outlets that meet standards for independent, local, trustworthy journalism would be eligible for funding. One set of possible standards is that used by the International Fact-Checking Networks Code of Principles, a commitment to:

It is not enough to merely fund outlets. Like the broadcast context, it is necessary to provide a means for distribution online (public broadcasting was provided spectrum). In the United States, the digital platforms cannot be compelled to add these new public interest outlets to their “white lists”, but may be persuaded or incentivized to do so.

THE MARKET FAILURE BEHIND THE DECLINE OF PUBLIC INTEREST MEDIA

The threat to public interest media, especially to local journalism, is evident in industry market trends. Between 2004 and 2018, 1,800 newspapers closed or merged across the United States,56 with 245 local papers closing entirely. Employment in U.S. newsrooms fell by 45%.57 In the United Kingdom, meanwhile, over 300 newspapers have closed since 2015,58 while in Australia, over 3,000 journalists have lost their jobs.59 Similar declines have been reported across the OECD countries.60

The cause of the decline is clear. The advertising revenue that once supported local media has shifted to larger digital platforms such as Google and Facebook. Google and Facebook combined now capture 58% of the U.S. market, followed by Amazon, Microsoft, and Verizon. The Cairncross Review, commissioned by the British government, acknowledged that Facebook, Google, and the shift of distribution and advertising revenues to large technology platforms have damaged some parts of journalism to a point where the market cannot repair them.61 The new gatekeepers have rendered a market solution structurally impossible. One recent symptom of the new structural reality: the major American newspaper chain, McClatchy Company, which started in 1857 and runs 30 dailies across the country, declared bankruptcy at the same time that Facebook was rolling out its NewsTab and Google was offering to pay outlets. Absent a structural solution, public interest journalism will continue to decline or rely merely on philanthropy and good will. Attention should thus be focused on finding a holistic solution to mitigating the worst of our local news failures, and indeed to recreating a healthy information ecosystem.

Quality journalism is expensive to produce (due to the cost of talent and production, including investigation, editing, and fact-checking). Yet, with social media, publishing and distributing unverified content online is easier and cheaper than ever before. In some markets, particularly the United States, it may seem radical in today’s age to argue for public subsidy of journalism. Yet a subsidy if provided at an arms’ length is far more protective of the independence of the press than the idea that Google and Facebook take over the role of supporting journalism by directly picking and funding specific outlets.

THE CONTENT MILL NEWS INDUSTRY — AND THE FAILING RESPONSES TO IT

The market failure for the decline of public interest journalism has been further compounded by the rise of cheap-to-produce and easy-to-spread content mill news. News stories that were once driven by societal needs are now driven by audience development teams, partisan interest, and publisher revenue goals, which do not effectively favor high-quality journalism over content mill news. Outrage and conspiracy theories are effective mechanisms for hooking readers. To take just one example, in an analysis ahead of the 2017 German parliamentary elections, Buzzfeed found that seven out of the ten most shared articles about German Chancellor Angela Merkel on Facebook were false.

Moreover, low quality information is increasingly hard for readers to detect. Digital platforms often deliver partisan news and conspiracy sites alongside articles from independent media with no user interface clues to distinguish what is accurate. The articles are delivered decontextualized — without information about whether the article is news or opinion, or whether the outlet has a masthead, codes, and standards.

Dark money is also beginning to infiltrate local news with false and misleading content. An investigation by the Tow Center for Digital Journalism at Columbia Journalism School discovered at least 450 websites in a network of local and business news organizations, each distributing thousands of algorithmically generated articles and a smaller number of reported stories.62 Networks of local websites in U.S. states Michigan, Illinois, Maryland, and other jurisdictions, which together lack mastheads, local addresses, and disclosure of their ownership or revenue sources. A similar group has launched sites in Tennessee, Minnesota, and Ohio, drawing on syndicated content from conservative sources. The sites distribute their content by being linked to on pubic pages. U.S. President Trump’s official Facebook page linked three times to the fake Minnesota Sun.63

Platforms have made efforts since the 2016 election to reduce the spread of disinformation and reduce the most egregious clickbait and misinformation. Google and Facebook have separately pledged $300 million to various initiatives aimed at reviving local news across the United States. Several studies have found declining engagement of content from the sites on lists of egregious disinformation sites. However, politically-motivated disinformation continues to be a significant challenge. Facebook, for instance, has billed its NewsTab as a partnership that highlights “trusted” sources. Nevertheless, it has included Breitbart — the outlet formerly run by Stephen Bannon which repeatedly runs inaccurate and incendiary content, including about immigrants, African-Americans (it had a “Black Crime” section), and Democrats.64

Yet the information ecosystem need not continue to deteriorate with disastrous effects for democracy. As much as transformed revenue models have posed an existential threat to public interest journalism, so has the emerging threat to democracy revitalized not only the necessity but the demand for high-quality information, even as it has increased the desire among talented young people to go into journalism for themselves. If a long-term, sustainable solution can be implemented, as it was to adapt to previous technological disruption, we believe that a new golden age of journalism and of democracy can dawn.

60 OECD, Working Party on the Information Economy, “The Evolution of News and the Internet,” OECD, (Paris, 2010).

63 Sam Levin, “Facebook promised to tackle fake news. But the evidence shows it’s not working,” The Guardian, May 16, 2017, https://www.theguardian.com/technology/2017/may/16/facebook-fake-news-tools-not-working. 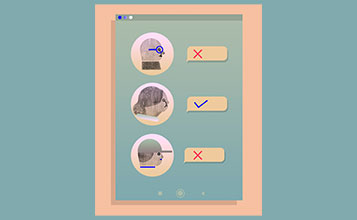