Artificial intelligence is the new gimmick in the contemporary art scene. It is everywhere in shows, auctions, and galleries. Is it really art? Is it really new? Last example: recently, the collective Obvious sold at Christie’s in New York a portrait created by AI.

We now know for sure that a spectator, even if he is an expert, can mistakenly believe that a work created by an algorithm is the work of an artist, and vice versa. We also know that algorithms clearly have original artistic potential. That is to say, they can create artwork that is capable of triggering emotions.

This will lead some to be surprised; to believe that, for the first time, art is no longer the expression of a message that is strictly human. And that artificial intelligence, not satisfied to replace man in automatable tasks, became artistically superior to him, before turning him into his slave.

However, it would be forgetting that the message of art has never been simply human and that it has very often obeyed hidden laws. Moreover, nature is abound with astonishing artworks, which are very often the expressions of very complex mathematical formulas, such as fractals. Let me take the example of the work of the great mathematician Benoit Mandelbrot, who found the mathematical architectures of snowballs, leaves and developed an amazing artistic creation around it. And even most of creations that stem from pure reason, concepts, are also works of art.

In particular, for me who had the privilege of interacting with mathematics during a period of time, I can attest that few works of art are as moving, dazzling, jubilant, as a pure demonstration such as a perfect geometrical figure; or even more poignant than simply observing the edifying characteristics of certain numbers, be they prime, transcendental or imaginary.

The great geometricians knew it, since Babylon and Thebes. Aristotle wrote thousands of pages on it; and Leonardo da Vinci, who was both an engineer and an artist, had never ceased to seek the secret of the miraculous beauty of numbers and their arrangements.

We should not be shocked, then, that art has always been nourished by science. First, there were paintings, architecture, sculptures (it would be nothing without arithmetic), which were then followed by photography, cinema and video games. Furthermore, other expressions, more or less happy, made use of science in art, such as optical art, digital art or fractal art (so interesting and too often neglected); as well as so many other attempts in music, of which IRCAM (French Institute for Research and Coordination in Acoustics/Music) is the pioneer and herald in France.

Today, artificial intelligence continues to dig a similar path and seeks to open new perspectives, especially in graphic art and in music, as well as in the encounter between the two.

There is nothing new under the sun; it is just another opportunity to marvel at the mystery of the encounter between reason, concepts, nature and emotions.

This promises beautiful works of art to us, beautiful opportunities for us to admire and to be moved.

And it is precisely there that true newness exists, the true realm of future discoveries to come: not through a new form of creativity by an artefact, as it has always been so; but in the power of numeracy that artificial intelligence promises us, and that should allow one day to go much further in the understanding of the nature of emotions and their relationship with reason, with sense and beauty.

As such, it will have fulfilled its role, which should be to carry man further, to allow him to multiply his communion with nature, to approach the mystery of the creation of life, the emergence of the consciousness and, perhaps even one day, the raison d’être of the universe. 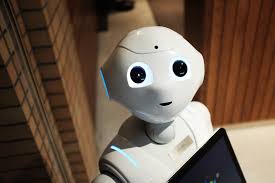