It is time to speak up. We cannot remain silent. Democracy is at risk in Brazil. It is time to stand up for freedom. President Bolsonaro is relentlessly pursuing an antidemocratic agenda. While we still have freedom of action it is time to leave aside our political and ideological differences of the past and join forces in the defense of democracy.

We are living through a ‘perfect storm’ in Brazil. The coronavirus pandemic is spiraling out of control and the President of the Republic has dismissed two ministers of Health who wanted to follow the advice of the medical community to keep people at home and save lives. A tremendous social and economic crisis looms at the horizon exposing the appalling inequality in our society. The global economy is also in tatters.

Frightened by the perfect storm, the leaders of a handful of countries cling to myths. In primitive societies nobody dared to challenge the prevailing myths. Today those who not only believe in myths but pretend to incarnate them, as in Brazil, pose as saviors of the nation. Actually their arrogance betrays the fear that their force may evaporate under the weight of a reality they cannot understand.

They look for enemies and traitors instead of dialogue and convergence to face the storm with minimal damage to the ship, the crew and all passengers on board, especially those at the lower decks.

Those in power often do not grasp the signs coming from other sectors of society. Since the politics of hate prevailed in Brazilian political life, the struggle between “us” and “then”, the opponent became an enemy. Enemies are to be destroyed, until and unless they bow the knee, surrender and abjure their “subversive” ideas that corrode “law and order”.

In today’s Brazil, this “us” against “them” is a criminal act. The victim is the stability of democracy, this civilizational achievement that enables us to solve our political conflicts in a peaceful way. Whoever promotes or acquiesces in silence to these authoritarian voices is not a conservative. He or she is a driver of or an accomplice of this civilizational regression.

Some of them are fomenters of violence, fanaticism and ignorance. They are the real “subversives”, not those who raise their voice to safeguard democracy: the common heritage of all Brazilians, men and women, civilians and military, conservative, liberal and progressive.

We live in troubling and uncertain times. It is our responsibility to call for rationality, common sense, solidarity and national unity, admitting that there are no magical solutions but it is up the Brazilian people to look for them arm in arm.

Brazil has vulnerabilities, beginning with its huge urban agglomerations where millions have no formal jobs and live in precarious housings. Not to speak about the many who lost their sources of revenue with the pandemics. The country has severe fiscal limitations that can and must be loosened in this moment of  social and economic emergency.

But Brazil also has assets: its Public Health Service, first rate scientific research institutions, universities, epidemiologists, military devoted to public service, a vibrant civil society, state governors and mayors who pitched in to face the health challenge, not to speak of a fearless media and public institutions determined to preserve the common good.

What is lacking is persons who, instead of hate and resentment, can restore our trust in ourselves. Trust requires wisdom, sobriety, composure, capacity to convince by ideas and example not to impose by force or threat.

In the last decades Brazil has had political leaders who knew how to build and inspire trust. I was close to Tancredo Neves, a soft-spoken leader, who combined firm values with a capacity for building consensus in critical moments of the process to restore democracy. I also worked with Ulysses Guimarães, who knew how to ally dialogue with steadfastness in the transition from dictatorship. Let their memory inspire a new generation of political leaders to face authoritarian outbursts with fortitude and serenity.

The moment is fraught with risk. Facts speak by themselves.  President Bolsonaro pursues an agenda which is not democratic. It is up to us, democrats, to stand up and oppose the threat to civic freedoms and human rights.

We must all be together, act together in the defense of democracy. We are all in the same boat and this boat may sink. To avoid such a disaster we need to affirm our conviction and hope in a better future for Brazil inspired in the values of political freedom and social inclusion. The military evidently must also be included in this dialogue about our common future.

Ours must always be a bias for hope. The responsibility to safeguard democracy and invent the future is ours, as individuals, as a people, as a Nation. 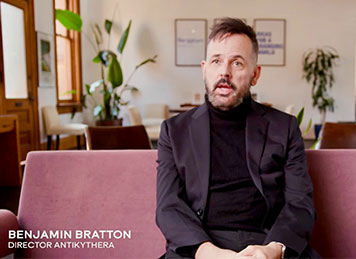 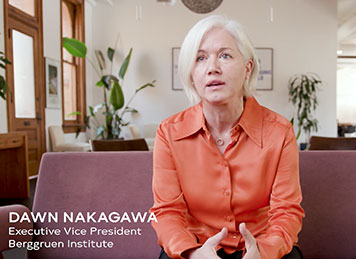